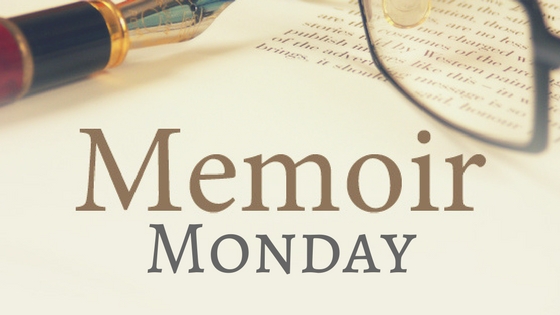 Those of us who have been in long-term relationships and/or marriages know well the ups and downs that occur.  Some are more challenging than others.  My marriage to Jay is no different.

Jay comes from a dysfunctional family.  His Dad, a Vietnam vet (served in the 101st Airborne) who came back a changed man, became an alcoholic and abuser of his Mom (of which he witnessed several times).  They divorced by the time he was six (his younger sister Marcy was a year old); but then became mired in vicious child snatching schemes (before it was ruled illegal) that went on for a few years.  His father remarried, and Jay and Marcy went to live with him in another state, and Jay wouldn’t see his mother again for many years.

Jay’s step-mother was a drug-addict (addicted to pain meds) who was physically abusive to his sister, and vindictive towards him (at times she tried to have him arrested for stealing his own stuff).  His half-brother, Walter, was born during this time.

By the time I first met him in college, his father and step-mother was in the midst of a nasty divorce.  He wanted to help and protect his little brother, Walter, but in the end would lose and never see the kid again for a number of years when the step-mother split with more than half of his father’s earnings.

Right from the start, Jay and I had a connection even though at that time I didn’t quite understand it.  He had a girlfriend, Heather and I was dating his best friend, Shaun.  But, he and I became close friends.  When Heather suddenly broadsided him with vicious lies when he refused to sleep with her, he became depressed and well, lost.  I tried to be there for him, but in the end, he left college at the close of our freshman year to join the Navy.

I returned for my Sophomore (and final) year at that college for the fall semester.  It was either late November or early December, Jay came to the campus to visit his friends.  He stopped at my dormitory and we visited for a few minutes.  He had on his Naval uniform under a dark gray long coat.  I can remember thinking how handsome he looked.  At this time, there were rumors circulating of a possible war in the Persian Gulf, and they were anticipating high casualty counts. Knowing this, Jay wanted to see as many people as he could before heading overseas.

I wouldn’t hear from him again for the next eight years.

The training he chose while in the Navy was in the Meteorology and Oceanography field, and he was placed on an aviation crew on board a battleship. Since he also had combat training (was in the Army Reserve prior), once he reached the Gulf, he was assigned to a Marine unit that headed to land (to participate in the land assault called Operation Desert Shield/Sabre) after a period of air assaults. To this day, Jay doesn’t talk in detail about what went on during these days.  All I know was that he was with the Marines on Highway 80 (aka Highway of Death), and was responsible for calling in airstrikes on the trapped Iraqis on that road.  I also know that he went with the Marines after the airstrikes on a reconnaissance mission, and saw first hand of the carnage he had a hand in creating.

Not too long after the end of the Persian Gulf War, Jay was sent to a Naval base on the Philippine Islands. As “luck” would have it, he experienced the eruption of Mount Pinatubo in June 1991. He and along with others participated in the search and rescue efforts, and then in the recovery.  From there he went on to Guam, and then to Alaska.

In Alaska he found solace in the rugged landscape of the Aleutian Islands where the base was once located.  Now fully entrenched in his military career as a Meteorologist for the aviation crews, he felt he’d found his true calling.

In October 1993, all that changed when his sister, Marcy (at 17 years of age) was involved in a serious single car accident where she sustained major brain injury, and was in a coma near death.  For this reason, he left behind his blossoming military career and went home to help his family and to be there for his sister.

Between 1995 and 1999, he came close several times to re-enlisting in the military (Navy and Army), but certain life events always interceded.

In June of 1999, we reunited, and then in September, we were married.

I encouraged him to return to the military; but he felt that I would not be happy living a military life. So, he decided against it.

Marcy survived, but has permanent brain damage, and must live in a group home setting.

I’ve always regretted not pushing him to go back to the military as he has never truly re-acclimated to the civilian life. He was also a different man than I knew when we were freshmen in college.

It’s no wonder though given what he’s gone through.

Also given his family background, he was always considered by certain family members (as well as old high school and college mates) as the “loser” who would never amount to anything.

Instead of allowing this and all the past dark experiences break him, he fought back.

One of the things he did was to go back to the same college where we first met, and finished what he began in 1989.  He graduated with double degrees in Psychology and Therapeutic Recreation with a GPA over 3.0 in December 1998.

He worked in the Therapeutic Rec field the first years we were married, but being a relatively young field that no one took seriously, he decided to get out of it.  After working odd jobs for a few years, he went in to the Banking industry which he hated (Corporation ideology).  From there, he was a middle school teacher teaching all things Science which he absolutely enjoyed in the beginning.  Then everything became so bureaucratic where the teachers ended up spending more time working paper works than actual teaching, plus the salary went no where, so he opted to get out.

Jay tried working at a credit union for over one year before being laid off due to the recession.

Enough was enough, he said.  He decided to go back to college, and earned another double degree in Bio-pharmaceutical and Environmental Science Technology, and graduated with high honors in 2014.

This guy never ceased to amaze me.

Everything he tried, he’d master it, and then excel.  It doesn’t matter how much he struggled, he just never gave up.  He’d had this “prove them all wrong” mentality that blows me away.  I so admired his spirit, and tenacity, and secretly wished I could be the same way.

I mean, this guy basically came from nothing, and became a someone.

He’s my inspiration to never giving up on myself.  The reason why I decided to keep trying no matter what obstacle stands in my way.

So, here we are, living up in North Dakota, on a small farmstead in a rural community full of great people.  Jay now working in the USDA, but is getting ready to make a major move to an entirely new direction that excites the heck out of me, in a direction that pulls all his past life, work, college and military experiences together in to one package.

Life works in mysterious ways.  Never count yourself out.